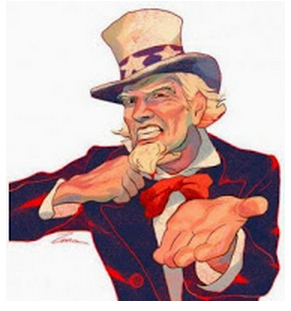 On October 7, 1940, Lieutenant Commander Arthur McCollum of the Office of Naval Intelligence submitted a memo to Navy Captains Walter Anderson and Dudley Knox. Captains Anderson and Knox were two of President Roosevelt’s most trusted military advisors.

The memo, detailed an 8 step plan to provoke Japan into attacking the United States. President Roosevelt, over the course of 1941, implemented all 8 of the recommendations contained in the McCollum memo. Following the eighth provocation, Japan attacked. The public was told that it was a complete surprise, an “intelligence failure”, and America entered World War Two.

This memo, which proves that the government of the United States desired to lure Japan into an attack, was declassified in 1994. It took fifty years for the truth about Pearl Harbor to be revealed. Will we have to wait that long for the truth of 9-11 to come out?

More about the Pearl Harbor Deception is at Pearl Harbor: Mother of all conspiracies (at least until 9/11)

THE BONES OF STATION H The remains of the radio intercept station on Oahu that picked up Admiral Yamamoto’s order for the attack.

YOUTUBE – THE BONES OF STATION H Video of the remains of the radio intercept station on Oahu that picked up Admiral Yamamoto’s order for the attack.

Memorandum for the Director

Subject: Estimate of the Situation in the Pacific and Recommendations for Action by the United States.

The United States today finds herself confronted by a hostile Germany and Italy in Europe and by an equally hostile Japan in the Orient. Russia, the great land link between these two groups of hostile powers, is at present neutral, but in all probability favorably inclined towards the Axis powers,

and her favorable attitude towards these powers may be expected to increase in direct proportion to increasing success in their prosecution of the war in Europe. Germany and Italy have been successful in war on the continent of Europe and all of Europe is either under their military control or has been forced into subservience. Only the British Empire is actively opposing by war the growing world dominance of Germany and Italy and their satellites.

The United States at first remained coolly aloof from the conflict in Europe and there is considerable evidence to support the view that Germany and Italy attempted by every method within their power to foster a continuation of American indifference to the outcome of the struggle in Europe. Paradoxically, every success of German and Italian arms has led to further increases in United States sympathy for and material support of the British Empire, until at the present time the United States government stands committed to a policy of rendering every support short of war the changes rapidly increasing that the United States will become a full fledged ally of the British Empire in the very near future. (Olddogs Note: It already is and has been almost from the beginning of America.)The final failure of German and Italian diplomacy to keep the United States in the role of a disinterested spectator has forced them to adopt the policy of developing threats to U.S. security in other spheres of the world, notably by the threat of revolutions in South and Central America by Axis-dominated groups and by the stimulation of Japan to further aggressions and threats in the Far East in the hope that by these mean the Unites States would become so confused in thought and fearful of her own immediate security as to cause her to become so preoccupied in purely defensive preparations as to

virtually preclude U.S. aid to Great Britain in any form. As a result of this policy, Germany and Italy have lately concluded a military alliance with Japan directed against the United States If the published terms of this treaty and the pointed utterances of German, Italian and Japanese leaders can be believed, and there seems no ground on which to doubt either, the three totalitarian powers agree to make war on the United States,

should she come to the assistance of England, or should she attempt to forcibly interfere with Japan’s aims in the Orient and, [2] furthermore, Germany and Italy expressly reserve the right to determine whether American aid to Britain, short of war, is a cause for war or not after they have succeeded in defeating England. In other words, after England has been disposed of her enemies will decide whether or not to immediately proceed with an attack on the United States. Due to geographic conditions, neither Germany nor Italy are in a position to offer any material aid to Japan. Japan, on the contrary, can be of much help to both Germany and Italy by threatening and possibly even attacking British dominions and supply routes from Australia, India and the Dutch East Indies, thus materially weakening Britain’s position in opposition to the Axis powers in Europe.

In exchange for this service, Japan receives a free hand to seize all of Asia that she can find it possible to grab, with the added promise that Germany and Italy will do all in their power to keep U.S. attention so attracted as to prevent the United States from taking positive aggressive action against Japan.

Here again we have another example of the Axis-Japanese diplomacy which is aimed at keeping American power immobilized, and by threats and alarms to so confuse American thought as to preclude prompt decisive action by the United States in either sphere of action. It cannot be emphasized too strongly that the last thing desired by either the Axis powers in Europe or by Japan in the Far East is prompt, warlike action by the United States in either theatre of operations.

An examination of the situation in Europe leads to the conclusion that there is little that we can do now, immediately to help Britain that is not already being done.

We have no trained army to send to the assistance of England, nor will we have for at least a year. We are now trying to increase the flow of materials to England and to bolster the defense of England in every practicable way and this aid will undoubtedly be increased. On the other hand, there is little

that Germany or Italy can do against us as long as England continues in the war and her navy maintains control of the Atlantic. The one danger to our position lies in the possible early defeat of the British Empire with the British Fleet falling intact into the hands of the Axis powers. The possibility of such an event occurring would be materially lessened were we actually allied in war with the British or at the very least were taking active measures to relieve the pressure on Britain in other spheres of action. To sum up: the threat to our security in the Atlantic remains small so long as the British Fleet remains dominant in that ocean and friendly to the United States.

through the Balkans and North Africa against the Suez Canal with a Japanese threat or attack on Singapore would have very serious results for the British Empire. Could Japan be diverted or neutralized, the fruits of a successful attack on the Suez Canal could not be as far reaching and beneficial to the Axis powers as if such a success was also accompanied by the virtual elimination of British sea power from the Indian Ocean, thus opening up a European supply route for Japan and a sea route for Eastern raw materials to reach Germany and Italy, Japan must be diverted if the British and American ( ) blockade of Europe and possibly Japan (?) is to remain even partially in effect.

While as pointed out in Paragraph (3) there is little that the United States can do to immediately retrieve the situation in Europe, the United States is able to effectively nullify Japanese aggressive action, and do it without lessening U.S. material assistance to Great Britain.

An examination of Japan’s present position as opposed to the United States reveals a situation as follows:

Geographically strong position 1. A million and a half men of Japanese Islands. engaged in an exhausting war on the Asiatic Continent.

Rigid control of economy on 3. A serious lack of sources of a war basis. raw materials for war. Notably oil, iron and cotton.

A people inured to hardship 4. Totally cut off from supplies and war, from Europe.

A skillful navy about 2/3 6. Incapable of increasing the strength of the U.S. Navy. Manufacture and supply of war materials without free access to U.S. or European markets.

Weather until April rendering direct sea operations in the vicinity of Japan difficult.

In the Pacific the United States possesses a very strong defensive position and a navy and naval air force at present in that ocean capable of long distance offensive operation. There are certain other factors which at the present time are strongly in our favor, viz:

Friendly and possibly allied government in control of the Dutch East Indies. British still hold Hong Kong and Singapore and are favorable to us.Important Chinese armies are still in the field in China against Japan.A small U.S. Naval Force capable of seriously threatening Japan’s southern supply routes already in the theatre of operations.

A considerable Dutch naval force is in the Orient that would be of value if allied to U.S.

fairly early collapse of the country through the force of blockade.

A prompt and early declaration of war after entering into suitable arrangements with England and Holland, would be most effective in bringing about the early collapse of Japan and thus eliminating our enemy in the pacific before Germany and Italy could strike at us effectively. Furthermore, elimination of Japan must surely strengthen Britain’s position against Germany and Italy and, in addition, such action would increase the confidence and support of all nations who tend to be friendly towards us.

It is not believed that in the present state of political opinion the United States government is capable of declaring war against Japan without more ado; and it is barely possible that vigorous action on our part might lead the

Japanese to modify their attitude. Therefore, the following course of action is suggested:

Make an arrangement with Britain for the use of British bases in the Pacific, particularly Singapore.

Make an arrangement with Holland for the use of base facilities and acquisition of supplies in the Dutch East Indies.

Give all possible aid to the Chinese government of Chiang-Kai-Shek.

Send a division of long range heavy cruisers to the Orient, Philippines, or Singapore.

Send two divisions of submarines to the Orient.

Keep the main strength of the U.S. fleet now in the Pacific in the vicinity of the Hawaiian Islands.

Completely embargo all U.S. trade with Japan, in collaboration with a similar embargo imposed by the British Empire.

If by these means Japan could be led to commit an overt act of war, so much the better. At all events we must be fully prepared to accept the threat of war.

Comment by Captain Knox.  It is unquestionably to out general interest

that Britain be not licked – just now she has a stalemate and probably cant do better. We ought to make it certain that she at least gets a stalemate. For this she will probably need from us substantial further destroyers and air reinforcements to England. We should not precipitate anything in the

Orient that should hamper our ability to do this – so long as probability continues.

However, I concur in your courses of action we must be ready on both sides and probably strong enough to care for both.

Re your #6: – no reason for battleships not visiting west coast in bunches.

The Smoking Gun of Pearl Harbor

This entry was posted on Thursday, December 20th, 2018 at 9:10 AM and is filed under World Politics. You can follow any responses to this entry through the RSS 2.0 feed. Both comments and pings are currently closed.