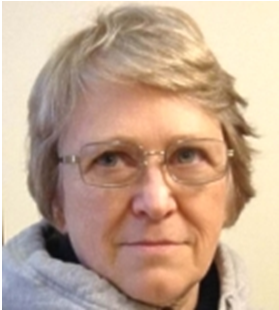 Just the title should clue you in that, like everything else, there’s common law, and then, there is COMMON LAW…..

The Masters of Deceit have been at work.

Common Law has its origins in the Stone Age.  It’s the tradition, often verbal, that a group or tribe has established as its standard of justice over time.  Please note that such a standard applied to a Zulu Warrior standing before a gathering of his tribal elders is just as much the “common law” for him as British Common Law is for a Brit.

It’s apparent, then, that “common law” is one of those catch-all or nearly all terms that can apply to tribal traditional law that is preserved as a verbal standard passed down generation to generation, or a written standard of law, code, or doctrine adopted by a tribe or a nation or even a commercial corporation.

It is also apparent that “common law” can exist in any jurisdiction.

That’s why when someone starts talking about “common law” you should jump on them and grill them—- what common law?

Katie Courier, always a blind guide, has come up with her own definition which appears to be “any written law” is “common law”.  Many generations of jurists would beg to disagree, and in fact, it is a famous disagreement about the nature and definition of “common law” that lies as part of the major impetus behind the American Revolution.

When Lord Mansfield became Lord Chief Justice in Britain in 1756 he brought along both his experience as an Admiralty Lawyer and as a Scotsman.

At that time, English Common Law, which required actual wet-ink, two party, fully disclosed, equitable agreements based on a “meeting of the minds” expressed in writing by freely consenting parties, was deemed old-fashioned by Mansfield and not convenient for the conduct of modern business.

Instead, he advocated a system of “honor” by which full disclosure and consent to contracts should and could be merely implied by acceptance of some service or benefit  and which also favored giving judges the “discretion” to act “in equity”—allowing them to escape the “narrow confines” of a written law.

So, Lord Mansfield “merged” the Common Law into the Admiralty system and created a dreadful mish-mash that could be “interpreted” endlessly by the courts that were supposed to be administering justice in behalf of the people who instead became victims of what then posed as their own justice system.

It is from this “merger” of law forms that we get such horrors as “unilateral contracts” in which only one party signs and bears all responsibility, “victimless crimes” in which one may not harm anyone or anything and still be subjected to lengthy and arbitrary prison sentences, and abuses of “judicial discretion” in which the judge’s personal buddies and political betters receive the property of whoever the judge doesn’t like or isn’t paid to protect.

The Americans, rightly, objected strongly to this merger of English Common Law and Admiralty Law and all the abuses that logically follow from it.

The upshot is that English Common Law was hopelessly polluted, twisted, and made into a tool for the Bar Associations to screw everyone and everything else to the wall, at their “discretion”.

The American Common Law retained its separation from Admiralty Law, maintained its prohibitions against implied and unilateral contracts, and
“judicial discretion” and “equity decisions”.

But they are both still called “Common Law”.

Lately, we’ve been beset with US attorneys (all US courts including federated “State of State” and “STATE OF STATE” courts practice this horrific hybrid British “Common Law”) attempting to present their bastard as our “Common Law”.

Common Law, lamentably, it still may be called in Britain.

But it is not our American Common Law.  It is a shady, depraved, debauched, prostituted sister, a tool of feudalism and oppression since 1756.

So when you hear or speak of “common law” with respect to yourself, your family, your assets—- be sure to stipulate and identify your form of law as American Common Law.

See this article and over 500 others on Anna’s website here:

For the Record, Rothschilds v. Rockefellers

It isn’t the Rothschilds that are primarily responsible for the misery and defrauding of America. It’s the Rockefellers, Morgans, Mellons, and all the other Players named yesterday in my explanation of the fraud process used to undermine and commandeer our institutions including our governmental organizations.

The Rothschilds are businessmen. They are there to make a deal. If they can make money or leverage an advantage, they take the shot, they win or they lose. They are, for the most part (some noted exceptions) rather jaundiced and jaded, unimpressed with money and all it means, merely very, very adroit users of money as a tool — which is all that money is or was ever meant to be.

They, of all people on the planet, know what “money” and “credit” are, and also all the uses of “debt” and “securities”.

But taken on the whole as an entire family, the Rothschilds are not particularly malevolent or ill-intended. They generally take the tack that good business results in profit for everyone. They’d rather milk the Cash Cow than kill it for the insurance money.

And besides, their basic interests are rooted in Europe and expanded into the East and other spheres many, many years ago. America is a pie, to be sure, but far from the only pie on their table.

The Rockefellers are scions of the old corrupt, criminal, nasty, and ultimately suppressed Dutch East India Company, like the Roosevelts and Vanderbilts. The Dutch East India Company was far larger and more powerful than the British Crown and one day in the early 1700’s, it simply disappeared. Where did the largest merchant transport fleet in the world go?

That’s how we had a vast merchant fleet but not a navy when the Constitution went down.

It’s the homegrown traitors that are the always the real danger, and this is no exception.

Just as you are 95 out of a 100 times more likely to be murdered by a friend or relative than a stranger, when it comes to being the victim of fraud or treason the same percentages apply. What has been done to us is an inside job, done by people who have lived in this country for generations, yet have not attached their loyalties or affections to it.

The worst of this current Mess hasn’t come to us from the Rothschilds. It has come from the Rockefellers and their allies. The French have profited from it—immensely. The British, too. But the cause of the problem, the root of the evil and treason at the bottom of the pile in this case is homegrown. It stems from people who grew up here, who went to school here, who should –rationally— care what happens to this country and their neighbors. And don’t.

Colonel House, the engineer of this enslavement and corruption, was an American born in Houston, Texas.

Don’t get on the “Blame the Rothschild” bandwagon when your real beef is with Dutchmen called Rockefeller and Roosevelt, instead. And despite my disgust with the almost-equally depraved and unjust behavior of the British Monarchy and the British Crown— let’s own the fact that those responsible for the actual nuts-and-bolts of the Great Fraud grew up here, sat in Congress here, served as Governors here—- and betrayed us all, deliberately, with malice aforethought.

See this article and over 500 others on Anna’s website here:

Just for Olddogs record, those of you who do not want to believe what Anna publishes have no standing in peoples minds who do study and learn. Not to say Anna is an expert on everything, but she sure as hell is way out front of those who ‘s brain farts are all they can believe. So if you can only believe truth  comes from Lawyers and your drug induced hiccups please keep it to yourself.

This entry was posted on Thursday, May 11th, 2017 at 9:43 AM and is filed under World Politics. You can follow any responses to this entry through the RSS 2.0 feed. Both comments and pings are currently closed.