The straight skinny and What You Need to Do 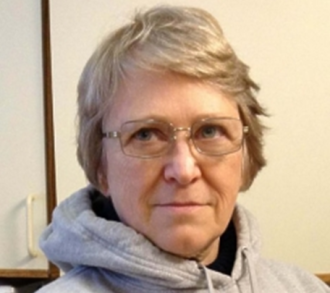 The IMF has declared “war” on our “persons”.  See the email letter sent to Pope Francis April 22.  See the Letter to Congress.

What happened is that the “United States” defined as the “territories and District of Columbia” seized upon and mischaracterized us as their “Citizens” when in fact we have never been their “Citizens”.

They then created Cestui Que Vie Trusts named after us: JOHN MANLY DOE

They did this without our knowledge or consent.

They rolled all of our assets into these trusts and bonded the assets—- used our assets as collateral backing their debts, without our knowledge or consent.

They went on a decades-long spending spree via the abuse of our credit and finally reached the end of that very long rope all without us knowing a thing about it.

Now the cows have come home.

They have exhausted their credit and our credit in the international community and the secondary creditors are after them.

Mr. Obama is preparing his minions for war because otherwise the IMF has threatened to send UN troops in here to seize our assets in repayment of debts owed by the “United States” defined as “territories and District of Columbia”.

So, we have criminals proposing to start a war on our land and we have angry creditors of those criminals threatening to crash our gates and we have 390 million Americans, most of whom are asleep on their feet from working so hard to pay debts they never owed in the first place.

This craziness has got to end and if we don’t put a stop to it, who will?

We are the priority creditors of Mr. Obummer and his corporations.  The Chinese and all the others will have to get in line behind us.

And at the end of the day, you can’t get blood out of a turnip.  Mr. Obama is a turnip.

The United States defined as the “territories and District of Columbia” never had a pot in the first place.  Everyone knows that.

Everyone knows exactly what services we contracted for from them, too, so it it no big leap to figure out that no, we are NOT responsible for paying for all the crap these vermin have engaged in.  Their corporation is on the hook for all the “extra” spending— not us.

We, the States of America, have accrued a National Credit equal to their “United States” National Debt as a result of how the debt-credit system works.

As their Priority Creditors, we are entitled to collect from them first.

We have ordered the international Trustees and the banks involved to do the bookkeeping involved and settle the imbalance without further ado. This is something that Obama doesn’t have the authority to do.  Only we do.

And now it is up to the Pope and the UN Trustees to settle the accounts on paper and it is up to us to deal with our out of control employees.

Part of dealing with them is correcting each and every American’s political status, back to their birthright standing on the land of the organic states of the Union.  Use the “Act of Expatriation and Oath of Allegiance” I provided as an example template— fill in your own names and information, get it notarized, send a copy to John Kerry and the State Secretary of State where you live and the head of their Immigration and Naturalization Service.  Send all mail via Registered Mail, Return Receipt Requested.

Revoke your “election to pay” federal income taxes at the same time.  You are not a corporation. You are not a “federal” citizen. You owe them no taxes.

And now you are home again, free and clear, at peace, without a debt to anyone in the world.

If Mr. Obama and the “United States” defined as the “territories and District of Columbia” continues to cause trouble we have numerous means of dealing with him at our disposal and it is certain that we will deal with his corporations, too.

It is all a matter of waking up and realizing who you are and taking care of your own business. In this case, we took care of doing it for the whole nation, because we were the only ones who knew what to do and who did it in a timely fashion.

Next time this kind of fraud blows up, we won’t be here, so it is imperative that you all learn from these mistakes and start handling your affairs and the affairs of your nation more responsibly.

The Federal United States is not now and has never been the “same as” the Continental United States.  Their government is under contract to provide us with “governmental services” but it is a separate and foreign government with respect to us.

Since the early 1900’s, they have operated their “Federal States” and serviced their “Federal Citizens” on our land in an irresponsible manner and have conducted business in dishonest ways, such as calling themselves the United States of America (Minor) so as to promote the confusion between their identity and ours.

Now that you all clearly understand that and understand that you have been mischaracterized as “Citizens” of this foreign entity, I trust that you are capable of correcting the public records and your political status back to your birthright status and claiming your identity as an Ohioan or Wisconsinite or whatever other state you come from.

And get busy forming your local jural assemblies, setting up your own Common Law Courts, your Counties on the Land, your States on the Land, and thinking about the Continental Congress which must be convened to finally settle all this hash.

You Know Something is Wrong When…..: An American Affidavit of Probable Cause (Paperback) by Judge Anna Maria Riezinger & James Clinton Belcher http://www.amazon.com/gp/product/1491279184/ref=cm_cr_asin_lnk

See this article and over 200 others on Anna’s website here:www.annavonreitz.com

This entry was posted on Saturday, May 7th, 2016 at 9:21 AM and is filed under World Politics. You can follow any responses to this entry through the RSS 2.0 feed. Both comments and pings are currently closed.