WHY WASTE THE EFFORT IF NOTHING IS GOING TO CHANGE? 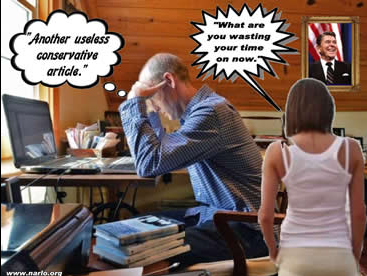 “The tyranny of a prince in an oligarchy is not so dangerous to the public welfare as the apathy of a citizen in a democracy”….. [or a Republic] —Charles de Montesquieu French Philosopher 1689 to 1755

Our last article entitled “Is It Too Harsh To Force Illegal Aliens to Self-Deport?” was of vital importance to every legal citizen in America. It laid out a succinct and detailed argument on how illegal aliens and the government-created magnets that draw them here, impact our way of life, our culture, our sovereignty, the criminal element, disease and the rule of law, but especially our pocket books. It demonstrated with clarity that to deport or force self-deportation was nowhere near as harsh as the impact that illegal immigration has on every legal American.

Expecting that this article would touch many hearts and minds of legal Americans, we had predicted, unfortunately falsely, a significant response. To our disappointment, we received only four (4) responses. One of those responses said this:

“As always many thanks Ron for your articles. “Too harsh on illegal aliens” was outstanding. From 1972 to 911, my partners and I saw the political fiasco, illegal immigration feel good policies disregarding INA codes for decades from Reagan’s 1986 Amnesty.”

We are grateful for this man’s acknowledgement, but as the poem says, “one swallow does not a summer make.”

Many conservative writers and talk show hosts have regurgitated the conservative message on the airways for decades ad nauseam and in cyber space since the birth of the Internet. Rush Limbaugh, with a huge national audience, has been on the air for going on 26 years and yet, with all that power to persuade he has not been able to stem the tide of liberalism. Rush Limbaugh has done nothing more than exploit the political schism that exists in America today, reaping huge profits from his advertisers and his products in the process. We say, more power to him. He was and still is using a niche’ market and the tools of capitalism to make a profit, as millions do. It matters not that his impact is negligible ….. to him.

Thousands of very good conservative authors write daily or weekly articles on the deadly plague that is Progressivism, as it uses its agenda of collectivism, social justice, radical environmentalism, multi-culturalism, one-world government, political correctness and the public treasury to buy votes, control the masses and maintain perpetual power. But the power of the Progressives has grown to the point that more Americans find a sleazy, hopelessly corrupt, power hungry, insanely ambitious, half man, “What-Difference-Does-It-Make” Hillary Clinton a better candidate for president than any one of the 25 declared or undeclared Republican candidates. That’s not Hillary’s fault! It is a testament to how successful the Progressives have been over the last 100 years in buying off the public for votes …. with your money.

It is going to take the people to rise up en masse, outside of the political system before there will be any changes. It is going to take massive resistance against government policies. Voting and writing to our Senators and Congressmen “ain’t” going to cut it any more, if it ever did. The simple reality is, it boils down to ….. NO GUTS, NO FREEDOM!

We have tried to get people to demonstrate their resistance to government and drafted a Petition calling for a Declaration of Open Resistance. Out of the thousands of people who read and forward our articles, seven (7) people actually signed the petition. SEVEN people out of tens of thousands had the guts! The excuse is that petitions are worthless and the excuse is valid when only seven people sign the petition. A petition will only have impact if millions of people sign it and act on it.

Most of the American people are like lambs to the slaughter. Half are on the dole and won’t bite the hand that feeds them and the other half are just plain scared of government. They have good reason to be scared. Nevertheless, they aren’t going to do anything to upset their little apple cart, or draw attention to themselves. The similarities to what happened twice in Europe in the 20the Century, are deeply troubling.

Sure there are some fighters in our midst and they are ready to fight, if it wasn’t for the fact that they are too few, nationally disorganized, rudderless, have no concrete plan to win and out of touch with others who are ready to fight.

In contrast, every time we write an article, we draw attention from the government. They monitor our website and might even have our phone tapped for all we know. We are still fighting the IRS, as are other beleaguered conservatives. Most conservative authors know what we are talking about and have felt the “sting” of government because of what they write. We hear stories of clandestine censorship, missing e-mails, disappearing e-mails, blocked e-mails and hacked websites. About 4 to 5 times a year our e-mails are blocked by Comcast, requiring a significant effort on our part to get them un-blocked.

In America’s fly-over country, rural landowners are taking a direct, frontal attack from government on their livelihood, their income and their property rights, from the Environmental Protection Agency (EPA), the U. S. Department of Agriculture (USDA), the Endangered Species Act, (ESA), the Clean Water Act (CWA), the Bureau of Land Management (BLM), the U. S. Fish and Wildlife Agency (USFW) and eminent domain, local and state government regulations, along with the U. S. Congress that provides the legislation and the enforcement power. These federal, state and local agencies are owned, occupied and are driven by powerful, wealthy environmental organizations. Environmentally indoctrinated graduates from America’s liberal colleges, staff these agencies. Rural landowners are virtually powerless to stop them and are forced to knuckle under when “Uncle Gov” comes calling. Who speaks for the rural landowner? NARLO does!

For 10 years and over 500 articles, some of them damn good, and like so many other authors, we have failed to make a difference. Progressivism has metastasized into a full-blown, invasive, out-of-control cancer in America with no cure in sight until an excruciating, painful, disfiguring death overtakes her. Any potential cure could, in all likelihood, kill the patient before it cures the cancer, as many cancer cures do, that is of course if anyone invents a cure.

“You can hit a nail with a hammer a million times, but if the force of the hammer is not greater than the friction the nail encounters as it enters the wood, the nail will not move.” —Ron Ewart

There have been many workable solutions proffered by thousands of dedicated patriots. But without a charismatic leader, a well organized national entity, millions of devoted followers and the billions of dollars it will take to implement any one of those workable solutions, there will not be enough energy to overcome the 100 plus year inertia of the Progressives and the Progressives know it.

So far, our conservative “hammer” has not had sufficient force to drive the nail into Progressivism (Socialism) and silence it forever.

Insanity, according to Einstein, is to do the same thing over and over again, expecting different results. That is exactly the insanity that all conservative authors, talk show hosts and bloggers have been unwittingly practicing. Like voting, writing articles or espousing conservative principles on the airways and in cyberspace are not enough. Unless peaceful solutions are designed and implemented to “cure” this cancer on a massive scale, radical and violent alternatives will suddenly erupt in skirmishes and clashes all over the place, like they have in Los Angeles, Ferguson and Baltimore, but for entirely different reasons. The rallying call at these clashes will be “FREEDOM!“, punctuated by guns. These skirmishes and clashes will be put down with even more intense violence by over-powering government forces and nothing will be accomplished. What is even worse, many of the skirmishes could easily erupt in full-scale civil war. Whether skirmishes, clashes, or civil war, freedom will have not been assuaged.

We have put forth many initiatives to inspire people to take action in the defense of liberty. Sadly, we have nothing but an empty wallet to show for it. At our age wasting time and money is a fool’s errand. In the coming weeks we will be re-assessing our effectiveness as a conservative author and determine whether to continue, or whether to pursue more lucrative endeavors.

What we will not do is suspend or terminate our efforts on behalf of the American rural landowner through our almost 10-year old, nationally known organization, the “National Association of Rural Landowners”. Our website is crammed full of useful information and tools for the urban and rural landowner. If you are a rural landowner, you owe it to yourself to check us out. If you are in need of an advocate, or a problem solver for land use issues, we are here to HELP.

[NOTE: The forgoing article represents the opinion of the author and is not necessarily shared by the owners, employees, representatives, or agents of the publisher.]

Ron Ewart, a nationally known author and speaker on freedom and property issues and author of his weekly column, “In Defense of Rural America”, is the President of the National Association of Rural Landowners, (NARLO) (http://www.narlo.org) a non-profit corporation headquartered in Washington State, an advocate and consultant for urban and rural landowners. He can be reached for comment at info@narlo.org.

Do not make the mistake of assuming that Ron is going belly up, and giving up the fight. He and I will fight this tyrannical bunch of scumbags until our blood covers the ground. I refuse to live in the world they are building, and I doubt not that Ron feels the same way.

This entry was posted on Wednesday, May 27th, 2015 at 9:46 AM and is filed under World Politics. You can follow any responses to this entry through the RSS 2.0 feed. Both comments and pings are currently closed.