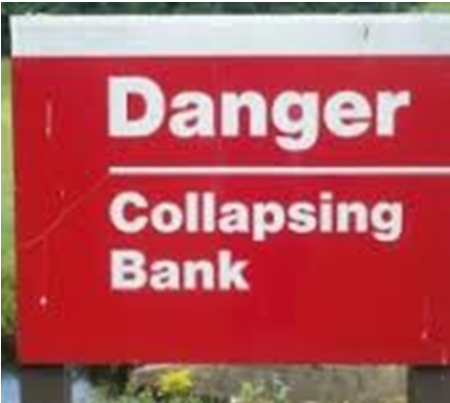 Ultimately, this article is written for individuals who are naive enough to believe that 2015 will look and feel like 2014. The banksters have positioned world events, both militarily and economically, to make 2015 a pivotal year in world history.

Twenty one months ago, in response to the undeniable Goldman Sachs chicanery with regard to the manipulation of the gold market, I wrote the following:

“However, the best predictor of the coming crash will coincide with the globalists cornering the majority of the gold market on this planet.  After the globalists gain control of the gold, then we will witness a countdown to economic Armageddon in which all currencies will hyper-inflate prior to collapsing. Then humanity will be at the mercy of people who have no sense of decency and respect for life“.

I maintain that the international banking cabal, as represented by the actions of Goldman Sachs and the New York Fed, have gained control of the lion’s share of gold supply, thus rendering their dependence on hard currency (i.e. the Petrodollar and the Euro) to be irrelevant. Meanwhile, the rest of the planet is dependent on highly volatile fiat paper currencies.

If you understand the events related to these statements, along with their consequences, then you have already divested yourself from nearly all paper currencies and the Ponzi scheme driven stock market. To the fully awake and aware person, a bank is merely a landmark that you pass on your way to your final destination. If the catastrophic significance of these statements is not readily apparent, then please read on, the meaning will become crystal clear.

The Measure of Wealth Is Relative

Before one can grasp what is happening to their collective wealth in this country, one must come to understand that all wealth is relative to what others own and control. For example, if everyone in the United States owns a dollar, then nobody is rich and nobody is poor. However, if you own a dollar and you can cause the dollar of your fellow Americans to significantly decline in value while your dollar maintains it value, then you control the Presidency, the Congress and are also the new owners of the Federal Reserve and its subsidiary financial organizations such as Goldman Sachs. In other words, wealth is relative. Wealth is not only built by acquiring assets, but relative wealth is also established by driving down the value of wealth of one’s competitors. These two strategies are simultaneously being employed by the banksters.

The BRICS Strike Back

The BRICKS NATIONS ARE FULLY cognizant of the fact that they are dependent on currencies which have no future. The BRICS are fully aware that the elite international bankers have transferred much of their wealth into hard assets such as gold and have abandoned fiat currencies. And the BRICS also understand that the international banking cartel is attempting to collapse the medium of exchange utilized by the American people, namely the Petrodollar. In response, the BRICS nations have tried to run to gold and have largely abandoned the sinking Petrodollar, but it is too late for them to escape their ultimate economic fate. The debt of the BRICS far outweighs their ability to acquire gold as an offset largely due to the credit swap derivatives debt that every central bank on the planet has assumed the responsibility for.

The Banksters Have Reached Their Goal 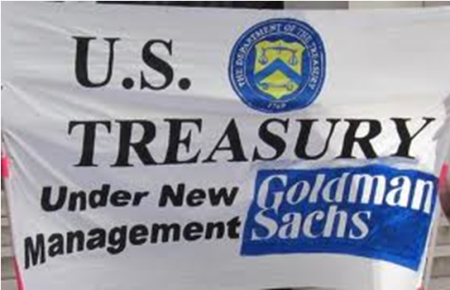 In April of 2013, I wrote that “The best proof that the globalists are manipulating the price of gold comes from “Goldman Sachs (who) reportedly told their clients earlier this month that they recommend initiating a short COMEX gold position.”

The above action with regard to shorting gold by Goldman Sachs should have sent off a shockwave of shock and concern among the American people, and it would have, if were not such a dumbed down nation.

This leads to a very simple point. Why was Goldman Sachs shorting the price of gold almost two years ago? Goldman Sachs was engaged in a strategy of driving down the price of gold so that investors would engage in panic selling, which they did, and the elite would “ditch” the dollar and stock up on gold, which they did. The smart investors, would have held their gold positions regardless of what their brokers were telling them to do. If anyone would have been paying attention to George Soros and his money movements, everyone would have held onto their gold. I pointed out in yesterday’s article that George Soros, according to a 2014 Securities and Exchange Commission report, had abandoned the stock market and his personal holdings in three megabanks (Citigroup, J.P. Morgan and Bank of America)and moved his money into gold and tech stocks associated with the Chinese money movement which is driven by the acquisition of gold as well.

In summary, we have come to an important conclusion. The banksters have driven down the price of gold, so they and their elite friends can acquire as much gold as possible and will use their gold positions as an alternative to the soon-to-be collapsing paper currencies. The BRICS have awakened to this plot, but it is too late. However, this is only part of this unfolding story.

I have interviewed several experts who have discussed how the New York Fed and the World Bank have wrongfully denied gold owed to nations (e.g. Germany, the Netherlands). The reason is clear, the banksters are attempting to hoard much of the gold in anticipation of an imminent currency collapse. Yet, there is something going on in New York which makes no sense.

There are some very disturbing developments with regard the amount of gold holdings at the New York Federal Reserve. For years, the NY Fed has dragged their feet on repatriating European nations with their gold holdings. Beginning in November, the NY Fed has begun to pay European nations what they owe them in gold. The sudden and voluminous transfer of wealth, as represented by European national interests marks the end of the hoarding of gold by elite. Please refer to my quote at the beginning of this article. The payout of gold to European nations after years of hoarding gold can only mean one thing. The elite feel they have solidified their gold position.

The payout of gold by the NY Fed has left the organization at a long time low with regard to the amount of gold being held by this financial institution. This too, is by design. If the United States government ever had a moment of lucidity and decided to engage in a strategy of self-preservation and decided to seize gold as a result, the NY Fed has just taken away that option by disposing of most of its gold. The following chart demonstrates how depleted the gold holdings of the NY Fed have become. I believe that this is why we have seen almost 40 banker murdered over the past several months. As nations seek to survive, they need to convict a perpetrator for these economic crimes against humanity and some Western governments would no doubt try and bring many banksters to justice. When these banksters were murdered, their evidence trail against the senior banksters died with them. Both of these moves signals the final stages before the planned collapse of the petrodollar.

There is an eerie calm on the plane, but I can hear the music from the movie, Jaws, slowly beginning to play.

The elite, through the Federal Reserve, have also stopped acquiring mortgage backed securities which they were doing to the tune of $40 billion dollars per month with monies derived from simply printing it into existence. One of my neighbors asked me why would the Federal Reserve be engaged in acquiring mortgage backed securities? Beside gold, what other assets would have significant value? The answer is real estate and residential and commercial property built upon that real estate.

When Currencies Hyper-Inflate and Collapse What Comes Next?

This may be the easiest question of all to answer. The best answer to this question is contained by what happened in pre-Nazi Germany. When currencies hyper-inflate and then collapse, the average person, looking for someone to blame, embrace radical right wing forces and they assume control. In almost every instance, societal genocide and war are the final destination for these types of regimes. 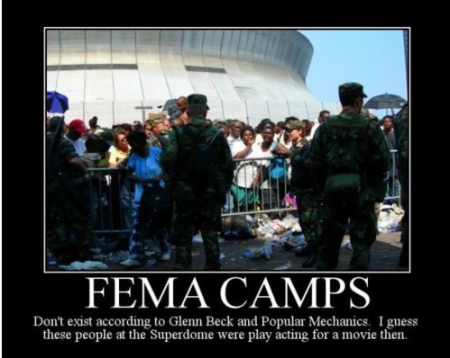 Did anyone notice that last nights History Channel miniseries, Revelation: The End of Days? It shows the Louisiana Superdome being used as a detention facility.

The Credit Swap Derivatives Are the Motivating Source

When the controllers of all central banks, the Bank of International Settlements, introduced credit swap derivatives into the futures market, the central banksters gobbled up this Ponzi scheme like an addict on crack cocaine. However, as the derivatives scheme failed, the resulting debt ($1.5 quadrillion dollars) was greater than the sum value of the entire planet ($80 trillion dollars). The bankers successfully transferred the debt to national governments in which the debt would be paid down with national fiat currencies. Since the central banksters know the fate of these currencies they have escaped to gold and real estate, thus leaving you and me holding the bag with our soon-to-be worthless petrodollars.

Are the American people helpless spectators in their planned economic demise? For most Americans that is true. The FDIC only has about 1.5% of the cash needed to insure the entire nation’s banks. The banks, if we are lucky only have about 10% of the cash that they claim they have on deposit (i.e. fractional reserve banking). Therefore, Americans could theoretically only gain access to about 10% of their money in the bank. However, no American will be compensated for the loss of their bank accounts and retirement funds. Remember the G20 resolution which stated that derivatives debt is first in line to be paid down in the event of a banking collapse. This means that American citizens will get nothing.

To the few that will heed these warnings and are subsequently motivated to act to soften the crash, there are some things that can be done by a very limited number of people if they act very quickly. This will be the subject of tomorrow’s article. Have a safe New Year.

This entry was posted on Thursday, January 1st, 2015 at 2:51 PM and is filed under World Politics. You can follow any responses to this entry through the RSS 2.0 feed. Both comments and pings are currently closed.