DUE TO MOLLY PASSING AWAY ON 07 17 14, I’M TAKING SOME TIME OFF TO REFLECT ON THE JOYS AND GRIEF OF SHARING OUR LIVES WITH PETS.

It all began 13.5 years ago when a friend wanted me to take one of a recent liter his dog had burdened him with. I finally relented because my wife was still in grief over the death of our last dog and I thought this would help her adjust.

Little did I know when I went to pick her out that she was the only one left and the runt of the litter. We went out to the barn and searched around, but no puppy was to be found, so we were headed back to the house and I saw a large dog food bag in the grass that the pups had dragged out and in spite of there being no wind it was moving. I walked over to it and taped it with my foot only to be greeted with the most ferocious growl I had ever heard. Peeping inside I saw this tiny little Jack Russell – Chihuahua mix and my heart seemed to leap inside me as my mind said, That is the most beautiful puppy I’ve ever seen. She looked like a squirrel that had swallowed a softball!

Being the runt and looking nothing like the rest of the litter, this little fireball was accustomed to fighting for her food and the contents of that bag was hers and hers alone.

I picked her up and off we went to the vet for a stomach pumping job. The vet however said it was no big deal and she would soon go to sleep and wake up hungry again. He was correct to a fault, because this little pup woke up starving the rest of her life, and we’re talking 4am feeding time for the next 13.5 years. It’s a good thing I have always been an early riser because my wife sleeps like a dead woman till 8am.

That aside, she felt the same instant affection I did when I brought her home. We debated on a name and soon decided on Molly, and by then she was as hooked as I was. I will brag a little here and tell you this little dog never lacked anything she wanted and spent the next week sleeping on my chest every night. Finally, I went to the store and bought her a day bed of her own with much emphasis on  (HER OWN) because she would jump in and growl like a lion any time anyone (even us) would lay a hand on it, right up to the day she died. Her food bowl was also a dangerous thing to touch, even empty! At bed time when she finally got big enough for it to be safe, I let her share my bed the rest of her life.

Other than that, she was the most loving dog in the world. However, she had no use for anyone else but us, except for a neighbor friend who is well over six feet tall and very partial to small dogs. This gentle giant was the only person she would let touch her except us.

Soon she decided that the door bell was an alarm and would go ballistic every time it sounded, including any door bell on TV that happened to ring. She would run to the door and scare the pants off most people when I opened the inner door. She never got close to anyone but she would raise hell until I told her to shut up. Mind you this little twerp was not much bigger than a squirrel back then. Going outside was of no interest to her because she was so intent on guarding the inside.

It was not long until my wife brought home a little green rubber dog toy that looked like a fat spider and squeaked when squeezed. When ever she decided to go find a dark place to hide and snooze, we would squeeze the spider and here she would come, full speed ahead. She instinctively retrieved it when I would toss it around the house, and proudly lay it at my feet. She was soon to show that she was the smartest dog ever to walk the earth as far as we were concerned, and would pick it up and walk around and around the house looking for a place to hide the spider so she could snooze undisturbed.

I could write a huge volume of the times and trials of Molly; but this, is not the place to show so much sentiment. Needless to say, this little dog wound us around her paw and stole our hearts and full attention her entire life.

She gave us 13.5 years of unspeakable joy, and three weeks of unspeakable fear as her enlarged heart and an intestinal infection gradually made her totally lethargic. After the vet was sure she had expired he left us alone for a while and returned with her file and told us on her first checkup she weighted 2.12 lbs. Other than the surgeon who removed part of a disc in her neck, he was the only vet she ever had, and we were always amazed at how she would tolerate his exams when we knew she would bite the crap out of us if we tried. I have the scars to prove it, but never once felt any serious anger. She had her own sense of dignity, and knew how to protect it. God bless her!

In a world as screwed up as ours is, every human being should have this experience, because real soul shaking grief will soften the hardest of hearts and strengthen the soft ones. However, not hearing those little claws clicking on the floor behind me as I move around the house is something I will never get used to. I have never given this kind of consideration, permissiveness, attention, and love to any other animal, and damn few humans. What an injustice it is that she is dead, and OBUMA is still alive and healthy!  Just imagine that in a few short years, Americans may be eating their pets rather than starve.

All because they are too chicken shit to rebel. 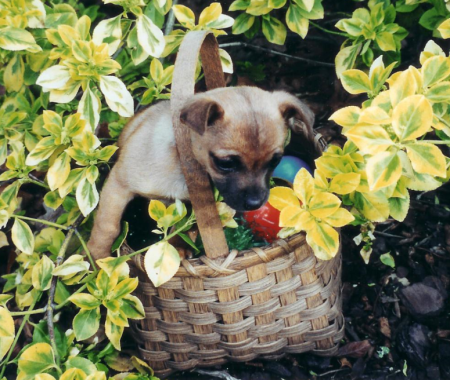 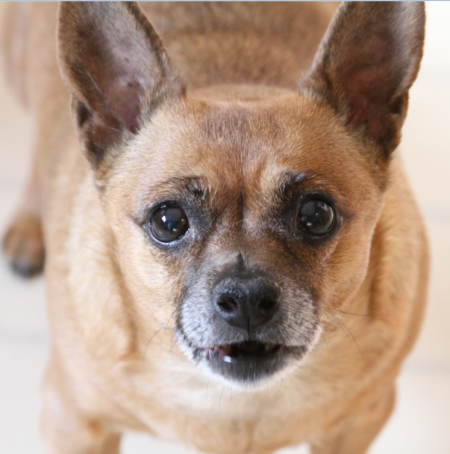 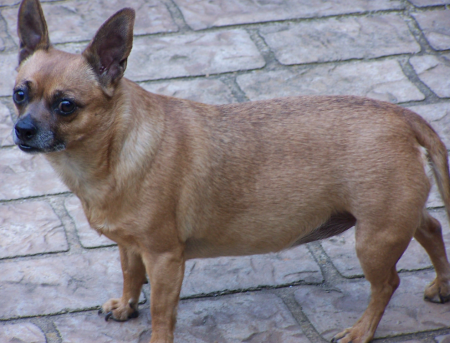 REST IN PEACE MY LOVE

This entry was posted on Saturday, July 19th, 2014 at 12:48 PM and is filed under World Politics. You can follow any responses to this entry through the RSS 2.0 feed. Both comments and pings are currently closed.